Here is what I see too often…….…. Golfers give up too early in the round because they think they are “out of it” and their score won’t count for the team.

This concept is something that is so important and without even needing to give someone a “Lesson”- I know they will do better if they just decide before they go out there to “take it easy and don’t get upset if things don’t go just great.”

I don’t know how many rounds I see get way worse- Not because of ball striking at all- simply by the golfer blowing a fuse in their own head and being self destructive throughout the latter half of their round.

Patience and acceptance is the suggestion here!   Hang in there and try not to let things get you too upset.   You don’t have to be Mr. Happy out there but you also don’t have to be the “Scrooge”, or “Poor me”, or “Life sucks” out there either! This is the opposite of perfectionism. I think perfectionism is a bad idea! Being the tough guy or the “deserving” player is what a lot of high school golfers think is the right way to be out there. Really, it is not about who is most deserving to play well. Often, it goes to the girl or guy who can simply hang in there with a good disposition that allows them to FINISH THE ROUND.   A lot of golfers simply shoot themselves in the foot or put themselves behind the eight ball, or dig themselves a hole they simply can’t claw their way out of. Play your game- let go of expectations, and just play to the end. This does require us to “ABSORB” a lot of “less than spectacular shots” – And that I know is not easy! But that is the thing that is needed during the round. You can practice later, after the round, but while you are out there; hang in there, diffuse your anger, and hit and reset the computer as often as you need. An example would be to make it your next priority to just play the next 5 holes the best you can regardless if you just played the first 13 holes terribly! That is important. The worst feeling is when you get in and you realize your team would have won if your score was just 2 strokes less?? Additionally, the truth is, you know in your heart, there was no way in God’s green earth you know you could have played any worse than you did today and the reason for the high score is simply- you thought you were way worse than you should be so you “bagged” it by acting too cool and careless, too tough, rebellious, or, the opposite, way to timid and over analytical and over careful. Just hang and learn to accept some less than perfect shots and holes and keep going! 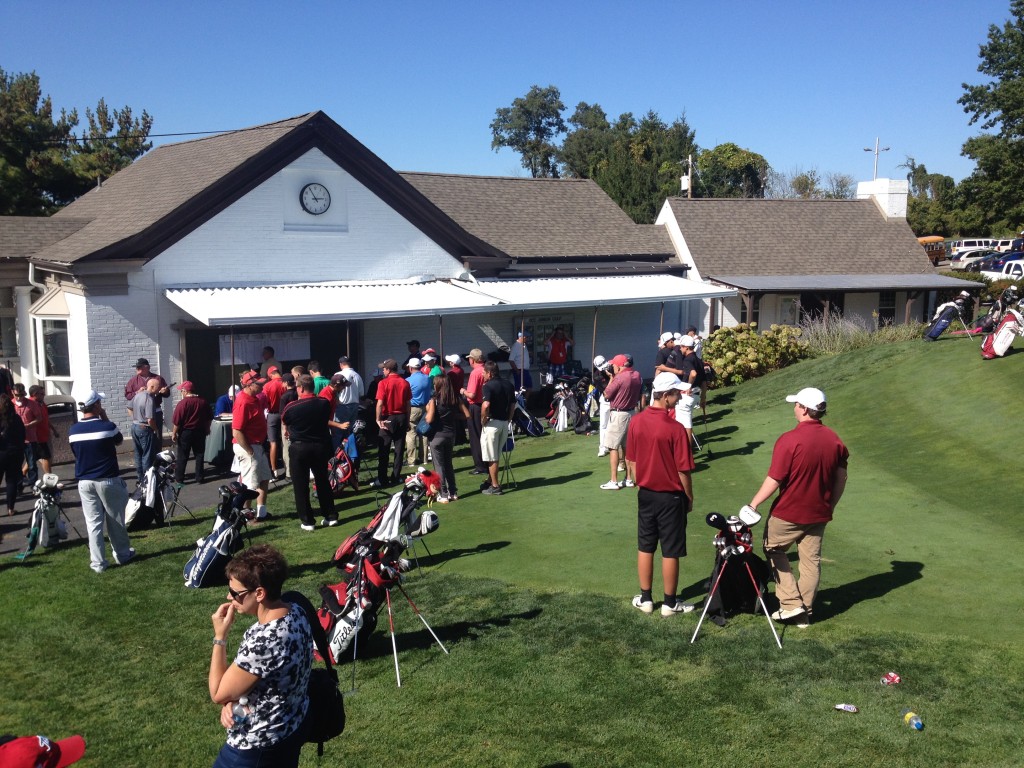